We’re introducing a new section in our newsletters, which we hope you’ll enjoy.  We’re excited to test your knowledge of the different breeds of cat and to kick-off we’ll start with an easy one! 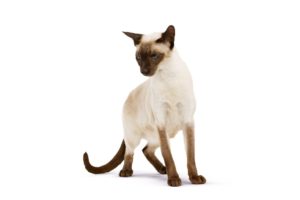 The Siamese is a stunning breed, displaying a short, fine coat with distinctive “points” (darker fur) on the face, ears, tail and extremities of the limbs. The breed is thought to have initially originated in the country which is now Thailand.  Siamese cats are generally very vocal pets, often demanding a significant amount of attention from their owners but equally returning a lot of affection in response.  Siamese cats have piercing blue eyes and legend has it that they were once sacred cats, historically used to guard Buddhist Temples.