Bubbly, intelligent and energetic, can you guess the breed of this pure-white furred small dog? 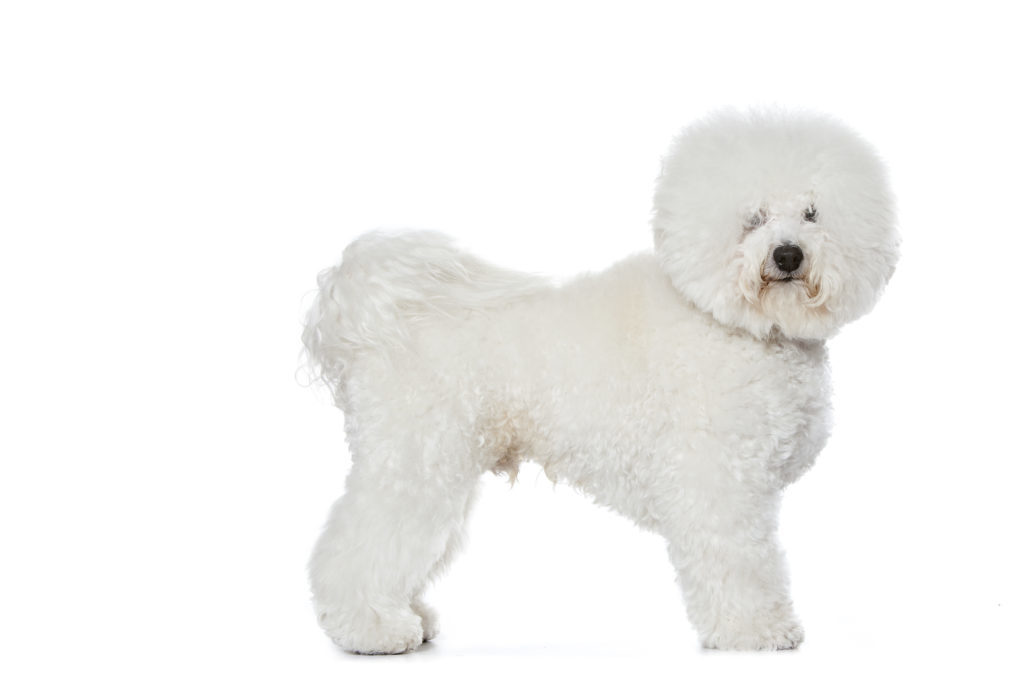 The Bichon Frise has all the physical and behavioural qualities of the ideal pet dog, including a great willingness to share their affections.

They are lively little dogs with expressive eyes and a happy-go-lucky, playful character.

Bichon Frises became very popular in the 17th century and remained so almost continually until just before World War I. After the two World Wars, demand started to rise in the 1950s. Since then, this breed has again become a highly-sought after pet all over the world.

Did you know: The history of the breed goes all the way back to the Romans; indeed, most of its ancestors were Italian. Initially highly-prized by the aristocracy, the Bichon Frise became a favourite throughout the whole of society over the centuries to come.